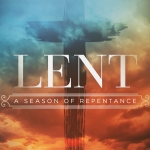 Sometimes when things get rough you just have to get back to a place where you belong. Jacob had fallen on hard times; his sinful habit of deceit and manipulation had caught up with him and his brother Esau was looking for payback. To keep Jacob safe from Esau’s murderous rage Rebekah manipulated Isaac into sending Jacob to Paddan Aram, where Rebekah’s family lived, where he could stay with his uncle Laban and find an acceptable wife.

When we catch up with Jacob in Genesis 29 he has just arrived at Paddan Aram. He finds himself at a well where the shepherds gather. Just as he begins to inquire about his uncle, here comes Rachel! Immediately there are signs that he’s smitten, he tries to get the other shepherds to move on so he might have Rachel’s undivided attention, he water his uncle’s sheep for her, he kisses her and then… he burst into tears. Trying to impress a girl we can understand, but why this outburst of emotion?

Put yourself in Jacob’s shoe’s; he had to flee the only home he had ever known because his brother wanted to kill him. Every day as he traveled he never knew if Esau might catch up with him. Every night he must have wondered if he was going to wake up with his brother’s knife to his throat. He was alone and afraid as he traveled and it must have seemed as if he didn’t belong to anyone or anything. Sin is like that; it can take us on a lonely and fearful journey if we don’t repent. God however, is faithful to his promises, even though we don’t deserve it.

It’s my belief that Jacob’s outburst of emotion here came from knowing that God had been faithful to his promises. While he was on the road the Lord appeared to him in a dream. He promised Him descendant and land and that all the peoples of the earth would be blessed through his offspring, the same promise God had made to his ancestor Abraham, but not only that, the Lord also promised Jacob that he would be with him and watch over him wherever he went. Meeting Rachel at the well and being welcomed into his uncle house, to a place of refuge and belonging, it meant that God had been faithful to him, though he deserved none of it.